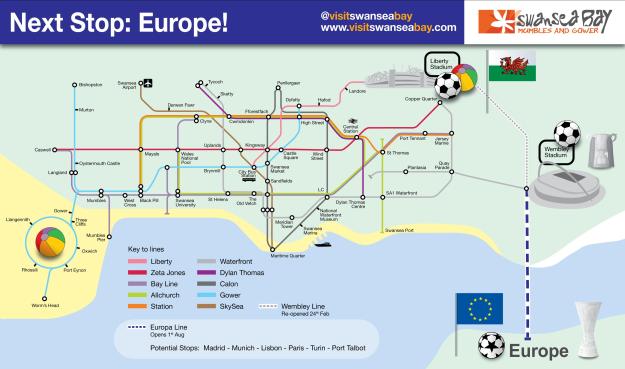 The best Swansea hat-trick scored since May 2011 for the local council was using PR, online media and outdoor media to put the spotlight on the area as a place to visit for football fans.

At yesterday's CIPR Cymru's annual general meeting the guest speaker was Steve Hopkins, marketing services and tourism manager for the city and council of Swansea.

He said that when the goal went during the 2010/11 play off final to take the team to the Premier League he did not know what happen. During a 20 minute chat he explained how focusing on tactics around the 'hat-trick' strategy had been used to show-off the best the area has to offer.

The key messages for the campaign:

– More than a 90 minute kind of place

-Where the grass meets the sea

Steve said some journalists had arrived at their hotel late on a Friday evening and opened their curtains in the morning to be blown away by being so close to the sea.

The council worked with Working Word PR on the campaign. Infographics were part of the tactics and were shared and talked about online by national and regional journalists.

A number of brilliant infographics produced by Working Word and the council are on the Visit Swansea Bay website . Here are three of my favourites. 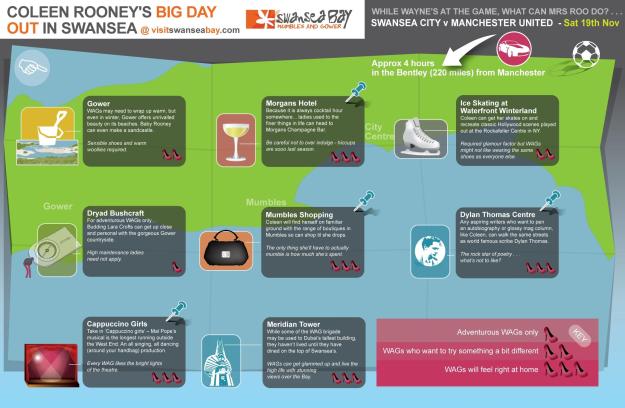 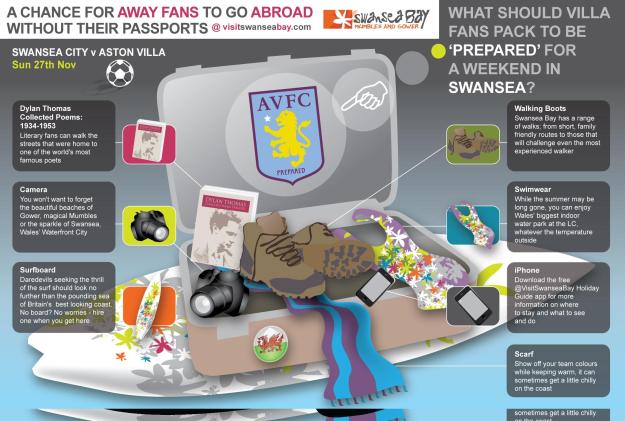 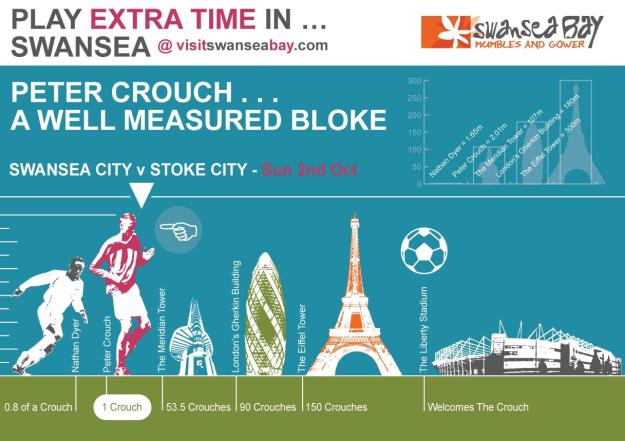 Used when Stoke came to Swansea

Since May 2011 visits to the Visit Swansea Bay website have gone up 23%.

The Visit Swansea Bay facebook page now has over 28,800 likes.